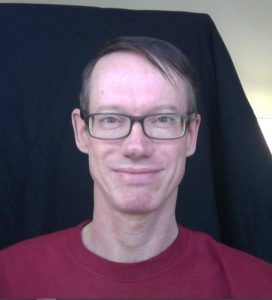 Volunteer Librarian for the University of the People

Volunteer Librarian for the University of the People

“Catherine’s Body (remembering the Conservatory)” 2001
In Not Just Any Body: Advancing, Health, Well-being and Excellence
in Dance and Dancers, The Ginger Press

“On Authoritarianism in the Dance Classroom” 1998
Chapter for Dance, Power and Difference
Edited by Sherry B. Shapiro, Human Kinetics

“Catherine’s Body (remembering the Conservatory)” November 1999
Not Just Any Body: A Global Conference
to Advance Health, Well-being and Excellence in Dance and Dancers
Toronto, Ontario, Canada

“The Conservatory as a Greedy Total Institution” October 1997
30th Annual Conference of the Congress on Research in Dance
University of Tucson, Tucson, Arizona

“Authoritarianism in the Dance Classroom” April 1996
Annual Conference of the National Dance Association
and the American Alliance for Health, Physical Education, Recreation and Dance, Atlanta, Georgia

“Mandala and the Men’s Movement in the Light of Feminism” July 1995 38th World Congress of the International Council for Health,
Physical Education, Recreation, Sport, and Dance University of Florida, Gainesville, Florida

DanceLand Home
Dance Videos
Dance Business News
About DanceLand
Do NOT follow this link or you will be banned from the site!